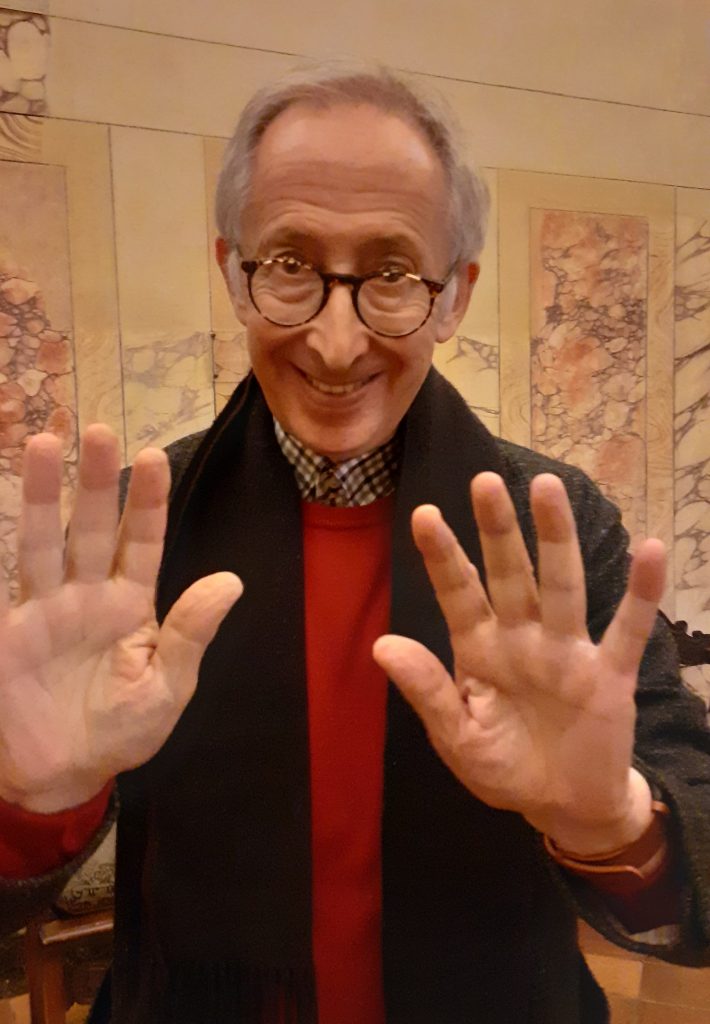 Our COST Action “Who Cares in Europe?” mourns the loss of our friend and colleague Paul Ginsborg, who passed away on Wednesday 11 May 2022. We have had the great pleasure and privilege of working with Paul since 2014, when he joined Sally Alexander, Clarisse Berthezène, Laura Lee Downs, Axelle Brodiez-Dolino and Pat Thane in a series of workshops that would soon become the basis for our first research network “European Trajectories in the Quest for Welfare and Democracy: Families, Associations and States, 1880s-present,” organized at the European University Institute in Florence. It was on the basis of this initial network that our Cost Action “Who Cares in Europe?” first saw the light of day. Paul played a vital, indeed, inspirational role in the life of both networks. A gentle soul behind whose kind manner burned a fierce and engaged intellect, Paul Ginsborg brought to our work a spirit of collective endeavor; a generous readiness to engage with the ideas of others while sharing his own remarkable insights. We will miss you terribly, dear friend and fellow traveler.

At one of the first workshops for ‘Quest for democracy and welfare’, held in February 2014 at the EUI Paul invited us to ‘look with intensity and passion where families and civil society touch’.  Paul’s historical vision was philosophical, poetic and always inventive.  We need ‘an alphabet of the passions’ was his response to Fabio Giomi’s call for new methods in 2017.  In the context of Quest, running through my notes Paul everywhere insists that families are subjects of history, actors in the making of welfare and democracy.  He emphasized ‘civil society’ as a historical category one element of which was ‘voluntary association’, another – intellectual space.  He reworked Hegel’s hierarchical structure of families, civil society, state to enable the three forms to move in a circular motion, flexible and adaptive under pressure so that even in a dictatorship when civil society is forced into retreat it comes to ‘touch and seek refuge in the family, the whispered conversations round the kitchen table’ (EUI workshop, November 2017).

Paul’s contributions to the ‘conversations around the table’ – so crucial to the work of Quest/Cost – were always softly spoken with warmth and humour.  Marc Bloch, Michel de Certeau, among others, shaped his curiosity about everyday life and the disciplines that historians must borrow from to pursue their craft.  He searched in the shadows and silences surrounding the 20th c. epochal events and movements which structured the European family: the totalitarian regimes of the 1920s, the liberal welfare states of 1945, the utopian movements of 1968, feminism and neoliberalism (carefully distinguished from conservatism).  A close listener, generous in his response to others, ‘we understand so little about ….’ was a characteristic opening remark of response to a paper about families of the Islamic diaspora in inter-war Yugoslavia, or among the different generations in families living in former industrial communities in Moldova today, or the Spanish mothers ‘who have made the decisions’ about birth control, education of their daughters, since Franco’s dictatorship. He listened spellbound to Lyndsey Earner Byrne’s eloquent recasting of modern Irish history through the lens of feminism, the history of incarceration of mothers and children in mother and child homes, the Irish state’s mimicry of British welfare legislation, as did everyone who listened to her in 2018.

The paper Paul gave to the intellectual working group workshop, convened by Pirjo Markkola and Efi Avdela and held in the Finnish Institute in Rome, in November 2019, outlined forms of democratic renewal which offered hope in the present – amid the rise of the new right across Europe: the refugee crisis which led to offers of practical help and hospitality from many Italian families; the advent of Pope Francis I who promised tolerance, peace and simply the possibility of ‘being a saint on a daily basis’; awareness of climate change, led by the young and brought people onto the streets throughout Europe.  Paul’s engagement in civic activism was as strong as his commitment to history as an urgent human resource.

I always learned from Paul, he always made me smile.  I felt wiser in his company as he explained aspects of Italian politics and culture – the appeal of Berlusconi, the literary hinterland of Elena Ferrante, the character of the Florentine people  – otherwise incomprehensible to my Anglo-Saxon self.  His erudition, friendship and warmth made life more worth living, especially if you were a historian!  I will miss him.

Paul Ginsborg obituary.Historian, author and leftwing activist who was professor of contemporary European history at the University of Florence

Paul Ginsborg’s book A History of Contemporary Italy: Society and Politics 1943-88 begins: “Italy in 1943 was little changed, outside of its major cities, since the time of Garibaldi and Cavour. It was still predominantly a peasant country, of great and unspoiled natural beauty, of sleepy provincial cities, of enduring poverty, especially in the South, of rural culture and local dialects. It was also a country in terrible crisis.” Published initially in Italian in 1989, it drew on social history, political debates and anthropology to explore the contradictions and connections between family, state and the individual, using the words of ordinary people, and employing irony and understatement.

Paul, who has died aged 76 after a long period of ill health, had studied, lived and worked in Italy for 10 years, and the book reflected his passionate belief in democracy, social change and protest. It went on to sell more than 100,000 copies, was influential as an educational text and popular with general readers, and is still in print.

In the early 1970s Paul travelled to Venice to work on the history of the 1848 revolutions in that city and the role of their Jewish leader, Daniele Manin. There he encountered a number of social and political historians and activists. He immersed himself in the state and city archives, taking notes on small index cards, with his tiny, scrawled handwriting, which he would cart around in shoe boxes from place to place.

The resulting book, Daniele Manin and the Venetian Revolution of 1848-49 (1979), heavily influenced by the Marxist theorist Antonio Gramsci, vividly described an extraordinary period in Italian history. For the rest of his life, Paul moved seamlessly between contemporary topics and that period. Il Risorgimento (2007), a volume of new research edited with Alberto Mario Banti, became a standard text and repositioned the entire way of seeing that Italian period of history by integrating new methodologies linked to the history of the emotions, subjectivity and gender with the writings and actions of the Risorgimento.

An inspiring teacher, in both Italian and English, Paul captured students’ attention with the crystal clear nature of his ideas, his informality, his willingness to debate and his hushed, almost whispering, voice. His courses were always wildly popular.

In 1980 he was appointed a university lecturer in social and political sciences at Cambridge, and became a fellow of Churchill College. I was one of a number of PhD students who worked with him there and were “sent to Italy” by him in the 80s and 90s. His only training advice was to keep notes, as he did, on small index cards.

Paul loved libraries and spent a lot of his life inside them – especially the University Library in Cambridge and the Biblioteca Nazionale in Florence. His network of contacts in Italy included an intense friendship with the anti-fascist, thinker, trade unionist and writer Vittorio Foa.

In Florence, Paul was adored by his students, who appreciated his participatory teaching style, and his willingness to help them with their studies. He began work on a comparative study of the family – his magnum opus – which eventually appeared as Family Politics: Domestic Life, Devastation and Survival, 1900-1950 (2014).

After Silvio Berlusconi’s return to office as prime minister in 2001, Paul became alarmed by the increasing authoritarianism of his governments and the deep conflict of interests at their heart. The following year he organised a protest against justice reforms in Florence with the 1968 activist Pancho Pardi. It became known as the “march of the professors” and Paul was amused by the description in a newspaper of him as a “militant in tweed”. Soon, a mass anti-Berlusconi movement was formed, named the girotondi thanks to the “ring-a-ring o’roses” dance performed during demonstrations. Paul analysed how the media tycoon became one of the first modern populists to take power in a western democracy in Silvio Berlusconi: Television, Power and Patrimony (2004).