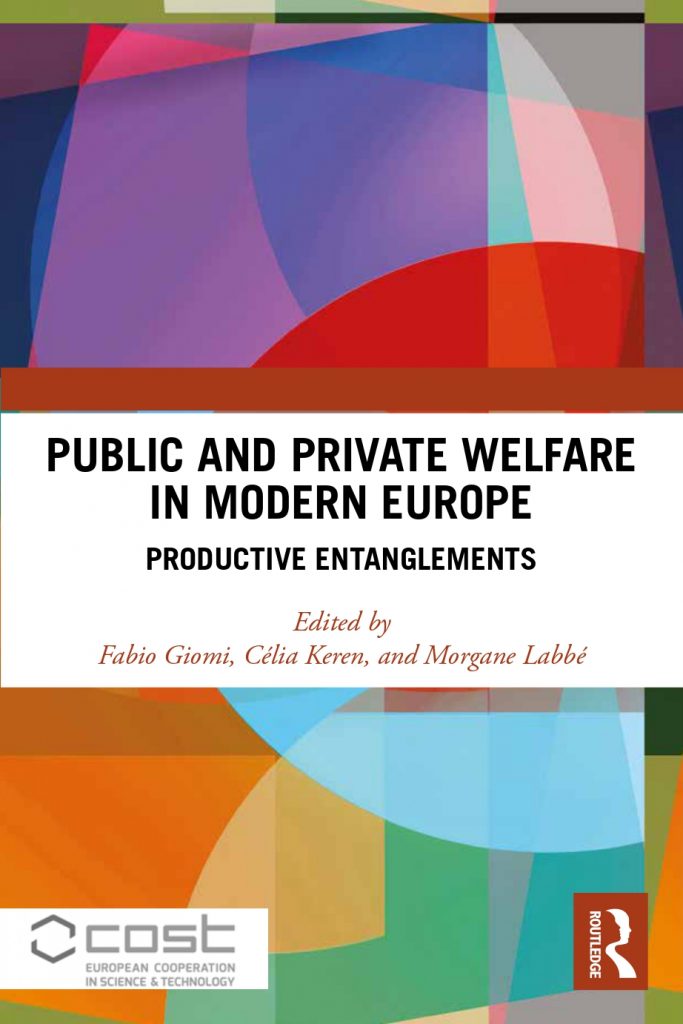 We are delighted to announce the forthcoming publication

The publication of the volume is scheduled for late March.

Since the 1980s, neoliberals have openly contested the idea that the state should protect the socio-economic well-being of its citizens, making ‘privatization’ their mantra. Yet, as historians and social scientists have shown, welfare has always been a ‘mixed economy’, wherein private and public actors dynamically interacted, collaborating or competing with each other in the provision of welfare services. This book will be of interest to students, scholars and practitioners of welfare by developing three innovative approaches. Firstly, it illuminates the productive nature of public/private entanglements. Far from amounting to a zero-sum game, the interactions between the two sectors have changed over time what welfare encompasses, its contents and targets, often engendering the creation of new fields of intervention. Secondly, this book departs from a well-established tradition of comparison between Western nation-states by using and mixing various scales of analysis (local, national, international and global) and by covering case studies from Spain to Poland and France to Greece in the nineteenth and twentieth centuries. Thirdly, this book goes beyond state centrism in welfare studies by bringing back a host of public and private actors, from municipalities to international organizations, from older charities to modern NGOs.

As Action Vice Chair Prof. Laura Lee Downs affirms “By placing the “productive entanglement” of private and public actors at the center of welfare history, this exciting and innovative collection uses empirically rich local studies to explore the many and diverse spaces in which private and public actors have long worked together to create and sustain mixed economies of welfare across modern Europe. The result is an arresting analysis in which social protection emerges as a multipolar, relational and evolving field populated by many different kinds of actors, both individual and collective. Their interactions have produced a diverse range of trajectories rooted in a shared sense of the value, need and demand for social welfare.”