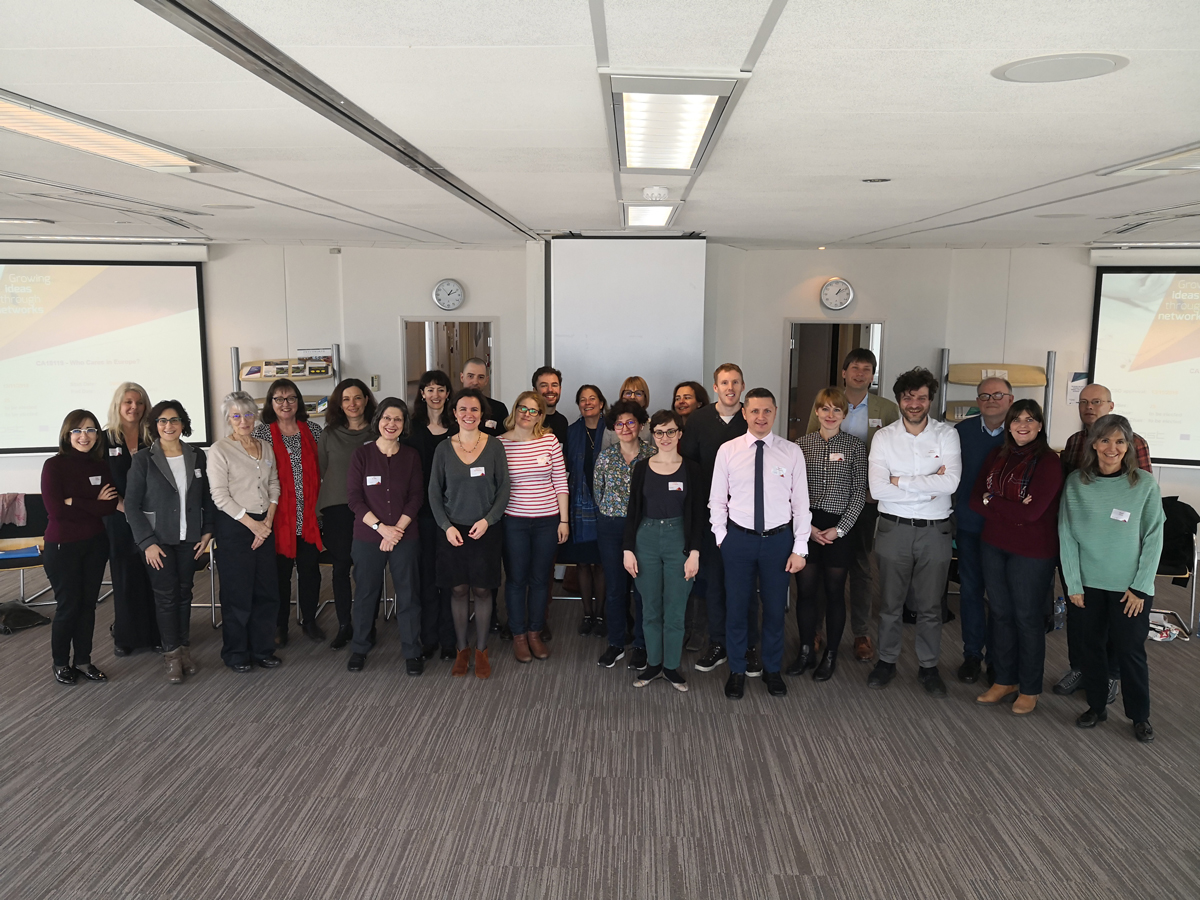 As anyone who as ever attended a COST kick-off meeting in Brussels knows, Mikael and Olga leave no space for quiet concentration on the part of the Action’s assigned note-taker. Rather, all parties find themselves jumping up and waving their hands, walking around to join people who have (or have not) ever been in a COST project before, introducing themselves in three words or less, trying (vainly) to understand why we are all suddenly jumping around on the 6th floor of this very warm, glass-walled high-rise on the Avenue Louise, then sweatily wondering when we might get a coffee break and escape from so much unaccustomed movement and direct encounter with all these new people whom you had expected to meet more…gradually.

Suffice it to say that our assigned note-taker, Laura Downs, can find no written record of those confusingly action-packed hours (did I walk into a zumba studio – also called COST – by mistake?, she still wonders.)

Well, the famous COST ice-breakers broke much ice that day, plus a few inhibitions (but we won’t go into that here). And when it was all over, the only visible trace that Laura could find of this meeting were the photos she’d taken of four whiteboards, representing the proposals launched by our four Working Groups at the end of an afternoon series of parallel brain-storming sessions. Each whiteboard features a sign-up sheet listing the WG’s members  and a series of themes and projects that each group was interested in launching. The photos of the four white boards are herewith attached for your edification.

More stuff did happen that day; much more, in fact. The MC voted on a number of procedural issues plus elected (à l’unanimité) Clarisse Berthezène as Action Chair, Laura Downs as Vice Chair, Filip Majetic as webmaster, Rada Sustrovà as STMS mission director, Tamara Prevendar as ITC conference mission director, and a pair of WG leaders for each of our four WGs (based on the idea that these WG responsibilities would rotate, as they are already doing).  WG leaders elected that day include : WG1 Ann Nehlin and Anca Doharatiu (Ann stepped down in autumn 2019 and Adriana Zaharijevic graciously took her place); WG2 Sonja Matter and Fabio Giomi (still in office);  WG3 Anne Cova and MDH van Leeuwen (still in office); WG 4 Efi Avdela and Piro Markkola still in office).

This is the team that would re-convene in Paris on 7 June 2019 for an all-day Core Group meeting whose main purpose was to organise the Action’s first year of activities, focusing in particular on our first, substantive meeting among ourselves, scheduled for 9-10 September 2019 in Prague. The Core Group focused on establishing an agenda for this key, first meeting, which would be taken up largely by individual WG meetings. These were to be organized as more or less formalized workshops in which members were to read and discuss some key texts with an eye toward developing bibliographies and states of the art for “publication” (i.e., to be shared among ourselves) on the Action’s intranet at the end of our first year (30 April 2020).

Also on the agenda was longer-term planning for the Action’s two spring 2020 meetings: 1) a small, project-based meeting scheduled to take place on the fringes of the March 2020 ESSHC in Leiden. Here, contributors to the ongoing COST book project “Right-wing Women and Social Action in Europe” would participate in two panels at the Conference then meet the next day to workshop draft chapters of their book contributions; 2) Our second plenary meeting, scheduled for 1-3 April 2020, in Florence. Finally, the June 2019 CG meeting would also devote time to detailed discussions of how to structure and deploy our STSM and ITC conference missions, and to the detailed planning of our Action website, led by Filip, who would present various possible website structures. 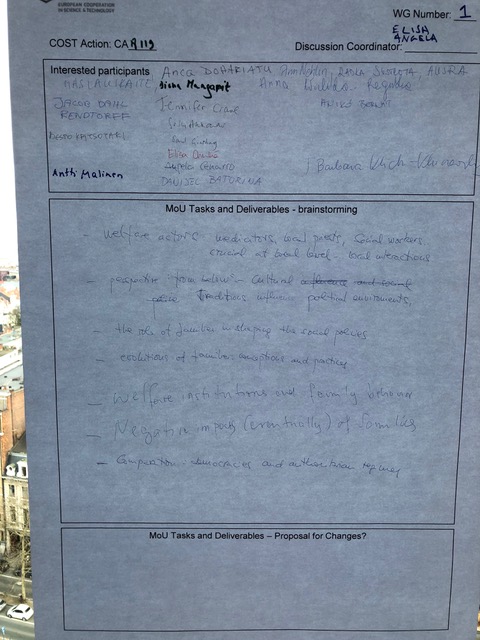 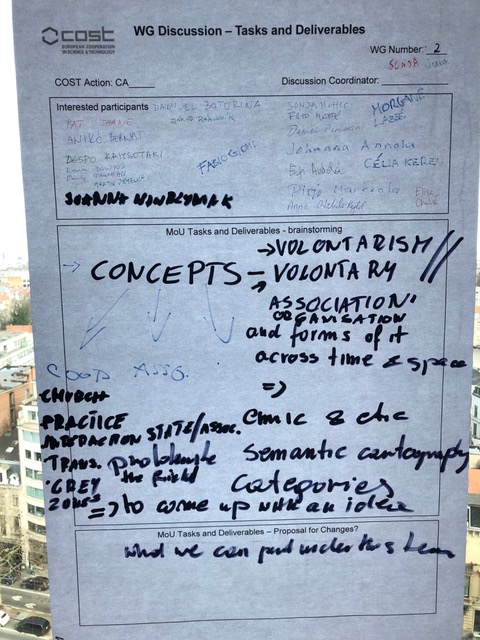 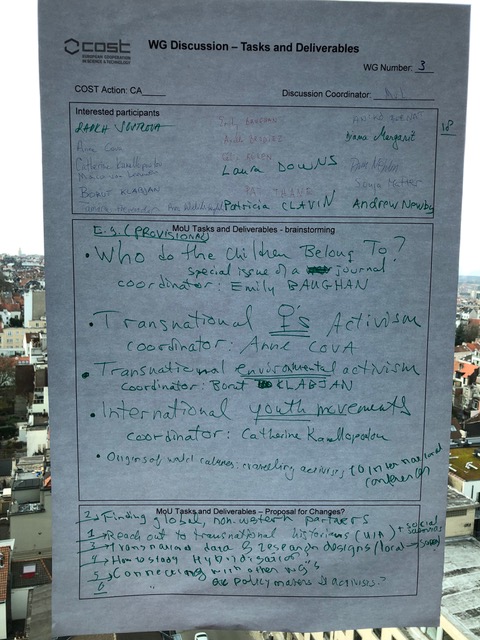 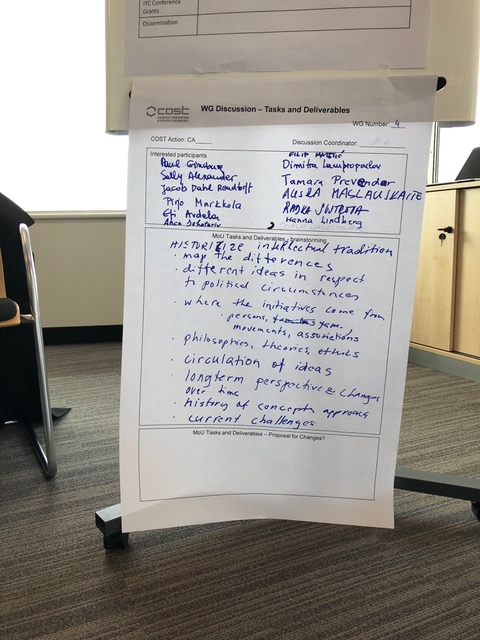